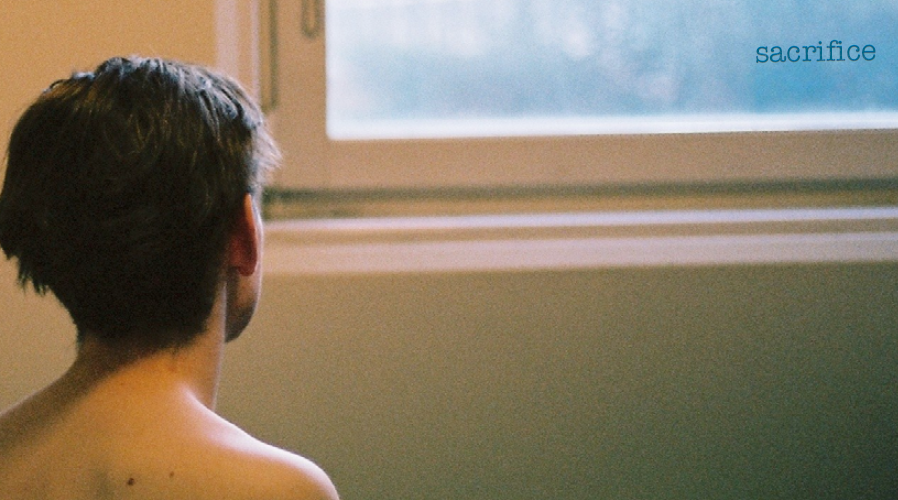 Issue 20 of Notes (on worship and sacrifice) follows on closely from issue 19 (on simulation and brutality). The ‘worship’ component of the theme is most strongly represented in ‘Orbit’ by Savannah Adeniyan, a playful piece of prose which incorporates images of worship and idolation in its vivid descriptions of a performer and her fan.

Whilst issue 19 features several deaths, the current issue features several funerals: in ‘The Anna Principle’ by Mathilde Sergent, the formal grief of the funeral setting is contrasted with the frivolous lives of the characters – producing some uncomfortable dialogue in the process. ‘The Ledge’ by Isobel Pytka references two quite different kinds of death; the mercy killing and the drunken accident. These events are placed in a context of mundane details which make the deaths seem almost trivial.

As well as the thematic link, the two issues are connected directly though Sarah Caulfield’s two-part serialised story ‘Not a Victory March’. Sarah continues the narratives of her characters from the three defining wars of the last century, and ends each narrative on a tone of vague hope, which is symbolised by artwork connected in some way to the conflicts.

This is also the first issue of Notes to be published with full colour on the cover: Arthur Thompson’s photograph draws you in with the cold blues framed by the window in a room full of warm colours. This contrast, the disjointed angles of the window and radiator, the sloping shoulders against the sharp lines of the room, make the photograph much more compelling that the its subject matter alone.

Despite the heavy topics that the theme alludes to, Notes 20 is a varied read with more light than dark in its pages. We’d like to thank all of this week’s contributors and hope that the work in this issue will inspire future contributions.